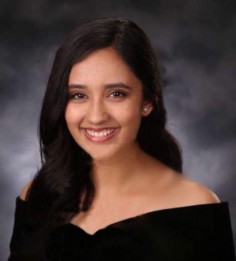 Arushi Avachat is a high school senior from Pleasanton, California. She is the co-founder and co-president of Students for Social Change, a national non-profit organization dedicated to youth activism. Through SSC, Arushi has organized her school district’s March 14th walkouts for gun control in 2018, spoken at the 2019 Oakland Women’s March, and hosted numerous voter registration drives. Additionally, Arushi was recently named a 2020 California Delegate to the United States Senate Youth Program. In her free time, Arushi loves to write. She is a three-time Scholastic Writing Awards National Medalist as well as a two-time National Young Arts Winner in Writing. Her first book, When Love Dies & other stories, released in April 2019. 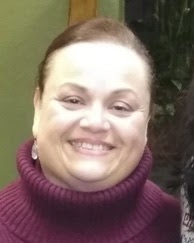 Lupita is an adult mental health educator with La Familia Counseling.
She was born in La Piedad Michoacán, Mexico and immigrated to the United States at the early age of 3 with her entire family. She studied Spanish and Sociology.
Lupita has brought both the Mexican culture and the culture of living in the Bay Area to the communities that she has served and to her family life. She is very proud to be a Mexican woman, raised in the Bay Area and has always declared that we have zero limits to our potential! Lupita serves the Tri-Valley community providing mental health prevention and early intervention workshops, 1 on 1 sessions for both families and individuals. She also provides leadership training to Latinas of the Tri-Valley, where they are finding their potential and fulfilling their dreams. 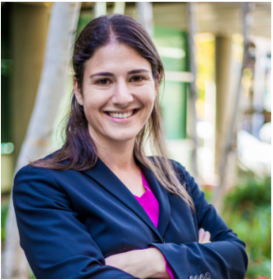 Assemblymember Rebecca Bauer-Kahan immediately made her mark on the legislature when she was selected by her colleagues to serve in the Assembly leadership as Assistant Speaker pro Tempore and Chair of the Select Committee on Women’s Reproductive Health – the first committee of its kind in the nation.
In the Assembly, Rebecca has focused on issues that reflect our community’s values and delivering resources that our region desperately needs. In just a few months of service, she authored bipartisan legislation to strengthen gun safety, protect victims of sexual exploitation, provide better access to health care, improve the environment and more. She also secured millions for local projects.
Before serving her community in the Assembly, Rebecca was an accomplished attorney, environmental advocate, community volunteer, law professor and mother. As an attorney, Rebecca specialized in ensuring major corporations complied with environmental laws and regulations by leading internal investigations to improve their environmental practices, while maintaining profitability. She also oversaw and grew her office’s pro bono program to include civil rights, immigration, homelessness and domestic violence.
Rebecca is a proud Bay Area native and a product of public schools. She graduated from the University of Pennsylvania and Georgetown University Law Center. She and her husband, Darren, live in Orinda with their three young children. 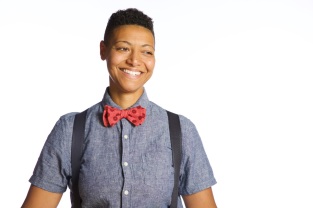 Jennifer is newly appointed to serve on the Eden Area Municipal Advisory Council by Alameda County Board of Supervisor, Nate Miley.
Jennifer moved to the East Bay in 2003 from New Orleans and has lived in Ashland with her wife and children since 2015. She is a dedicated public servant, social justice advocate and psychiatric registered nurse working for the San Francisco Department of Public Health. In her role as a nurse, Jennifer has served the most vulnerable adults in San Francisco who have been directly affected by the impact of poverty, marginalization and oppression.
Jennifer was educated at Loyola University New Orleans and Samuel Merritt University in Oakland and has taught as an adjunct nursing instructor to help educate the nurse leaders of tomorrow. Jennifer is also serving as a member of the the Housing Conservatorship Working group in San Francisco. In that role she is helping outline and create the policy plans for implementation of Senate Bill 40, she is a board member of the Jewish Youth for Community Action and is also working as the Vice President of Organizing for SEIU 1021. 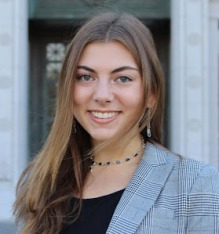 Emma Gerson is a singer songwriter with four awards from the National Young Arts Foundation for voice and songwriting. She has raised over $25,000 for the Peace Corps women’s education programs and is the founder of the #PreReg16 campaign, which pre-registers teens to vote. She is currently a freshman at University of California, Berkeley and is building a social media presence focusing on her social justice work and music. Music video: Ready for a change. 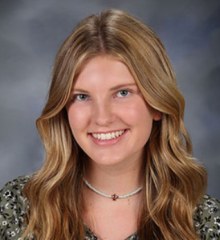 Natasha Hicks is a sophomore at Amador Valley High School. She is a singer, acoustic guitarist, keyboardist, and she is part of her church’s worship team. Natasha played guitar and sang at last year’s Tri Valley Women’s march, and is very excited to perform again this year and support women worldwide! 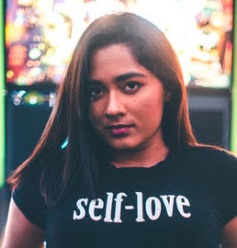 Malavika Kannan is an 18-year-old author and advocate for girls changing the world. An activist for representation, empowerment, and justice. Malavika is currently a freshman at Stanford University.
Her first #OwnVoices novel rooted in Ancient Indian mythology, The Bookweaver’s Daughter won a 2018 National Scholastic Medal, and will be releasing in 2020. She’s written for HuffPost, Washington Post, Teen Vogue, NYLON, Vice, and Harper’s Bazaar about gun violence and women of color in literature.
Malavika founded Homegirl Project, a youth-led organization that empowers girls of color as political leaders. She’s organized national social campaigns for Women’s March, March For Our Lives, and Giffords, most recently Slam Gun Violence, a social justice poetry project featured in Refinery29. In 2019, she interned for Congresswoman Stephanie Murphy, the first AAPI woman from Florida elected to Congress. Here’s to making space, supporting girls, and changing the game! 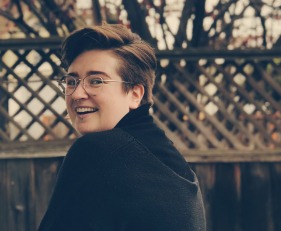 Kelty Kauffman is an activist and educator from the Bay Area, and Planned Parenthood Mar Monte‘s Grassroots Organizer for Alameda County. Kelty got their start doing both on and off-campus advocacy for survivors of sexual violence at UC Santa Barbara as the co-chair of Take Back The Night UCSB. They have since worked as an advocate for families involved in the foster care system, as a staff trainer and curriculum writer for LGBTQ equity and inclusion, as a feminist workshop facilitator, and as an educator teaching inclusive health and sexuality courses to teens. Kelty is passionate about amplifying the voices of women and non-binary individuals, and is committed to a future in which sexual health and reproductive rights are a part of the fabric of our society. 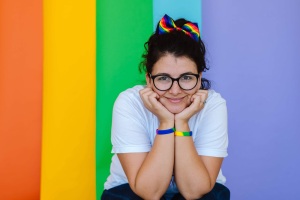 Brittni Kiick is a community organizer, photographer and primary caregiver of two young children in Livermore. Passionate about building community, she organized March for Science Livermore in 2017 and is a core organizer of Livermore Pride, working now as the Community Engagement and Education Lead for the budding non-profit. This year she is running for Democratic Central Committee in AD-16 to bring her community organizing passion and experience to the Democratic Party. 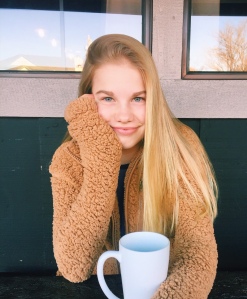 Lily Mobraaten is a sophomore at Foothill High School. She is the co-founder and director of Students for Social Change, an entirely youth-led, girl-led activist organization. Lily has co-organized the 2019 Women’s March, Youth Environmental Action Summit, and various other public forums and events. She is passionate about youth representation in government and hopes to empower other students through her work. She will be attending a volunteer work trip to Peru this summer where she is planning to focus on women’s issues in international development. 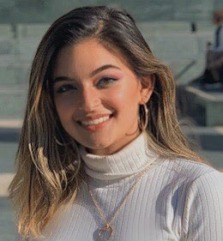 Shreya Pujari is a jazz vocalist from the Bay Area. She has been singing for the past 15 years, touring internationally through Western Europe, Southeast Asia, and Canada. Her performance experience spans cultural festivals, musicals, and activism such as “March for our lives”, Climate change events, and showing support for LGBT+ youth. 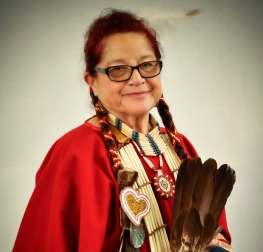 Mary Puthoff is an American Indian from the Lakota Tribe born on the Rosebud Sioux Reservation in South Dakota. She has been the Program Specialist for the American Indian Education Program of the Livermore school district for the last 40 years.
She is representing the local Ohlone, Yokuts, Miwok people who inhabited the Livermore Valley for 10,000 years before white contact. 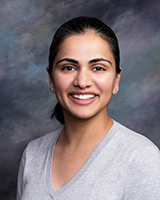 Aisha Wahab is a former foster child who went on to become the first Afghan-American woman to serve in public office in the United States of America after receiving the highest number of votes to become a Hayward City Council Member.
Aisha was named as one of San Francisco Business Times’ 2017 “Most Influential Woman in Business”, an American Graduate Champion by KLRU via a grant by the Corporation of Public Broadcasting for her passion for education.

A strong advocate of community service, Aisha has served as Alameda County’s Chair of the Human Relations Commission, a non-profit board member of the Afghan Coalition, Abode Services, and Tri-City Volunteers. Her recognition includes “Inspirational Woman of the Year” by Assemblyman Kansen Chu in 2016, the “Unity Award” by Senator Bob Wieckowski in 2017, 40 Under 40 by CSU East Bay in 2018, and “Woman of the Year” by Assemblyman Bill Quirk in 2019. Aisha was also selected to be a part of the White House Roundtable of Afghan American Leaders as well as being invited to the White House’s Annual NowRoz event.
Aisha received her Masters in Business Administration from California State University — East Bay in Hayward, and has her B.A. in Political Science from San Jose State University. She lives in Hayward.

Ukulele Sisters Plus One